You can find on this page the Prague metro map to print and to download in PDF. The Prague metro map presents the network, zones, stations and different lines of the metro of Prague in Czechia.
The Prague metro map shows that Prague metro (beside trams and buses) is the most used of the means of transport in Prague. In the Prague zone map the whole underground network is divided into the three main lines , each represented by its own color : Line A (green), Line B (yellow) , Line C (red). 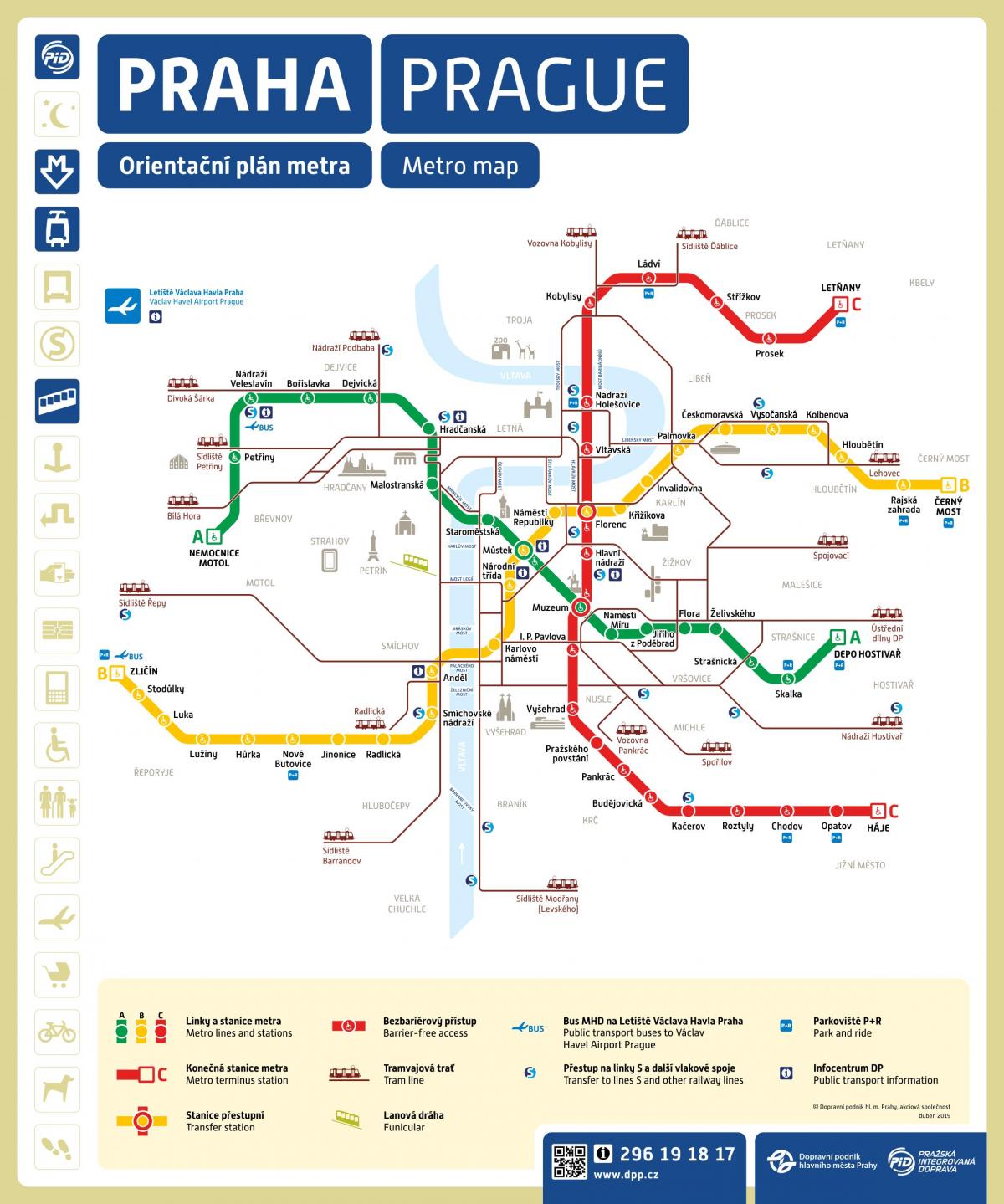 Metro map Prague is the backbone of public transport in Prague and so the fastest and most reliable way how to travel around the city.In Metro map Prague stations are not so far from each other and cover all the major districts and places.The underground net consist of three lines and 61 stations from which only three are the ones where you can change for another line.

The Metro map Prague shows Line A (Green). This Prague metro line runs through Prague from Nemocnice Motol to Depo Hostivař. The most important stations in the Metro map Prague starting from the west are: - Nádraží Veleslavín: Correspondence with the bus stop 119. - Malostranská: nearest station to Malá Strana.

The Metro map Prague network,is the only functional one in the whole Czech Republic,and one of the busiest in Europe.The most touristic places of the city,such as the Prague Castle and Charles Bridge,can be accessed from one of the 3 metro lines.The Metro map Prague was inaugurated in 1974, 84 years after the London Underground. 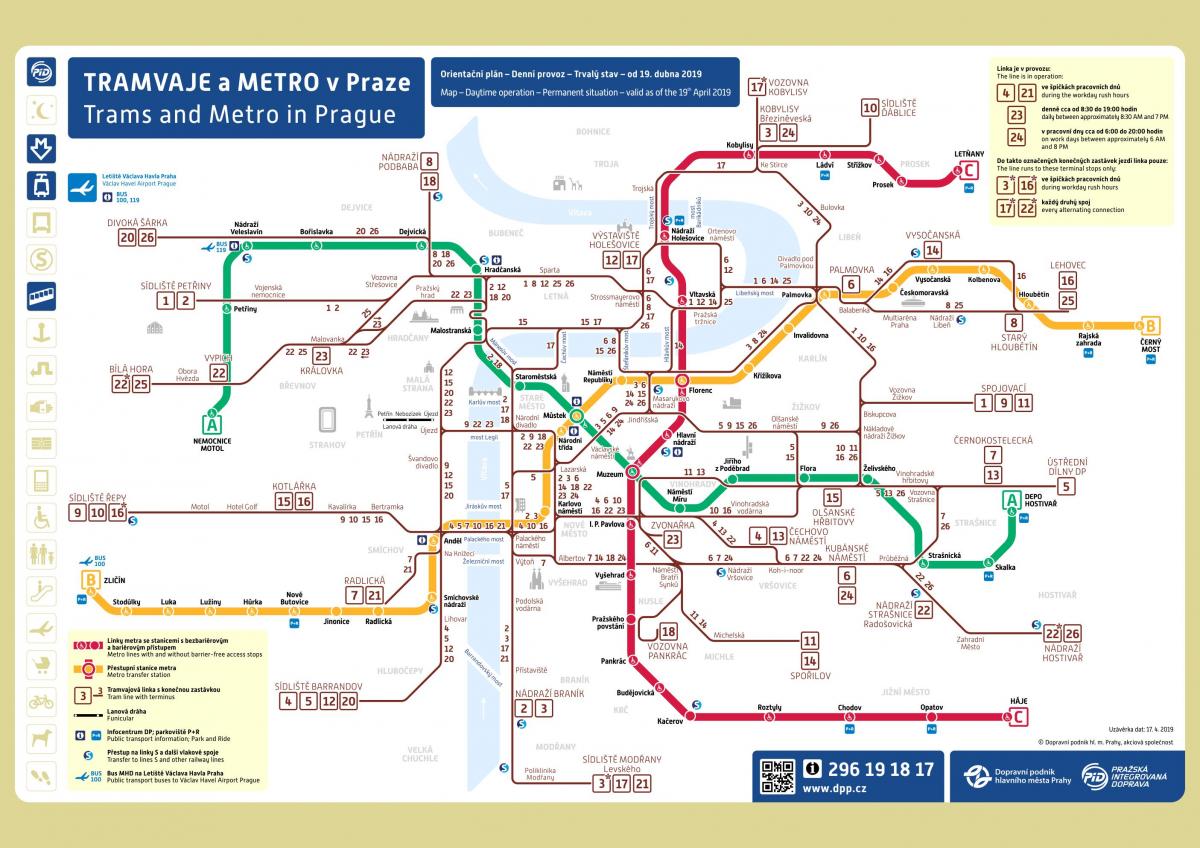 In total, Prague subway map has 61 stations with a total length of 65 kilometers,and every year it services more than half a billion passengers.In Prague subway map ticket prices range from 24 CZK ($1.00) for a 30-minute ride to 110 CZK ($4.50) for an all-day ticket,and can be purchased at every metro station from the vending machine.

Prague subway map covers most of Prague and is the fastest and easiest way to get around the city.What is unusual about Prague subway map is its depth. Because of the soil characteristics the underground channels had to be dug quite deep so, as a result the escalators leading to the metro platforms are quite huge.